First Quantum Minerals Ltd. (“First Quantum” or the “Company”, TSX Symbol “FM”) today announced that it has entered into a framework agreement with Northern Dynasty Minerals Ltd. (“Northern Dynasty”) (TSX: NDM) which contemplates that an affiliate of the Company will subsequently execute an option agreement with Northern Dynasty (the “Option Agreement“). Within five business days of the execution of the framework agreement, the affiliate of the Company will make a payment of US$37.5 million (“Early Option Price Instalment“) to Northern Dynasty. The Early Option Price Instalment will be applied solely for the purpose of progressing the permitting of the Pebble Project. 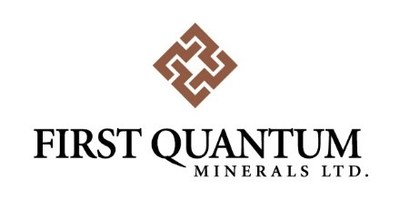 Philip Pascall, Chairman and CEO, commented: “The Option Agreement is an important opportunity to carry out a detailed assessment of the Pebble Project which is widely acknowledged to be one of the outstanding unmined copper projects in the world, estimated to contain some 26 million tonnes of copper, 70 million ounces of gold and 1.5 million tonnes of molybdenum in measured and indicated resources at a 0.3% copper equivalent cut off. We are very aware of the environmental and social sensitivity of this project and will utilize the lengthy option period to apply our extensive project development and operating experience to ensure that this project can be developed with the support of stakeholders.

“Concurrently, our main objectives remain the successful delivery of our Cobre Panama project, management of our balance sheet and the provision of a return to shareholders outside of share appreciation.

“We believe a successful outcome to the permitting process for Pebble would deliver the potential for further growth in copper for First Quantum well into the future.”

Safety and performance features give Milwaukee power tools the edge

We Keep you updated

Businesses must support each other during Covid-19 crisis

Businesses must support each other during Covid-19 crisis

THINKING INSIDE THE BOX: TOP TIPS ON BUILDING A CONTAINER HOME